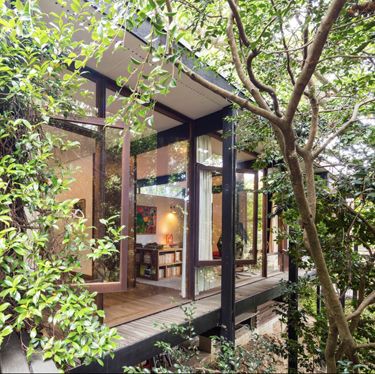 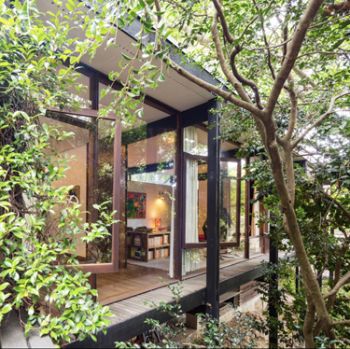 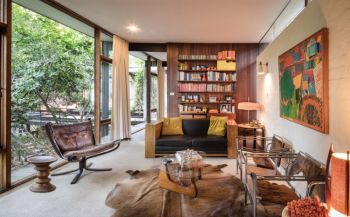 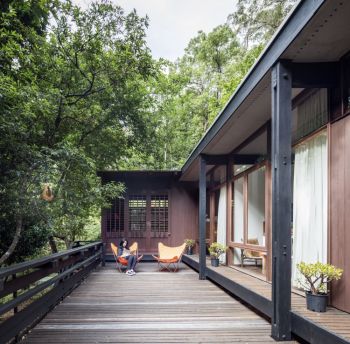 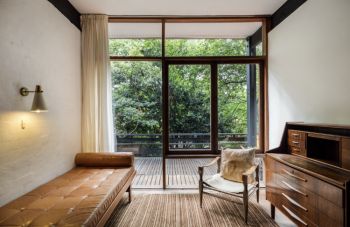 Join designer, educator and architectural historian Annalisa Capurro, aka @ms.modernism, to hear the fascinating story of the iconic award-winning Jack House in Sydney, Australia and learn about its far-flung international influences.

Designed and built in 1957 by architect Russell Jack, in collaboration with his wife, architect Pamela Jack, as their family home, the Jack House is sited over a creek, on a sloping block, earning it the nickname ‘Mini Fallingwater.’

Russell Jack first became enamoured with Frank Lloyd Wright’s harmonious blend of site and structure while still a student. This, along with simple, traditional Japanese architecture, became the primary influences in both the planning and material selections for the Jack House.

Challenging the conventional style of Australian architecture at the time, the Jack House features exposed natural materials and a layout of interconnecting rooms, orientating away from the street and embracing the native bush landscape.

Considered groundbreaking at the time, the Jack House was awarded the prestigious 1957 Sulman Medal for outstanding residential architecture by the Royal Australian Institute of Architects.

As only the second owner of the Jack House, Annalisa is particularly qualified (and very excited) to share her iconic and truly groundbreaking home.  She regularly opens the still intact, and completely original, Jack House to the public for education and preservation causes. In 2013, Annalisa was successful in having the Jack House listed on the New South Wales State Heritage Register, ensuring its protection for future generations.