Modernism Week 2020
Frank Lloyd Wright was insulted that Neutra was in the 1932 Museum of Modern Art’s ‘International Style’ exhibition. He wrote that Neutra’s work was “cheap and thin”. Dr. Raymond Neutra explains! $12 (1 hr) 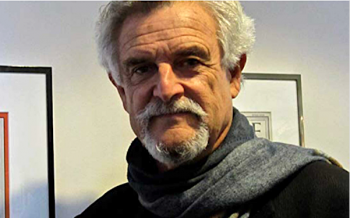 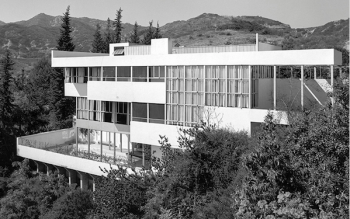 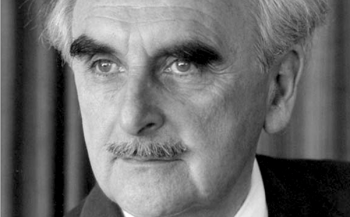 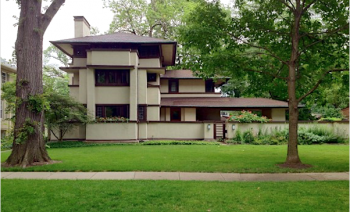 While architectural historians tend to characterize the contribution of Richard Neutra's work of the 1920s and 30's as 'bringing the International Style' to California, his work is better understood as a variant and further development of the pre-1910 state of Frank Lloyd Wright's 'Prairie Houses'.

Neutra discovered the 1910 Wasmuth Portfolio of Wright in the library of Vienna's Technical University. Like his older classmate Rudolf Schindler, he recognized the revolutionary implications of the architecture and adopted its basic strategies, but with the intention of industrially assembling such structures as houses, apartment dwellings, schools, and clinics for the economically most disadvantaged people. So, they were meant to be light and economical.

The United States, with the example of Henry Ford, was the place that this could be done. At the time of the 1932 Museum of Modern Art show of 'International Style Architecture' curated by Henry-Russell Hitchcock and Philip Johnson, Wright was insulted by the inclusion of Neutra and wrote that his work was, to quote exactly, "cheap and thin." Although he meant to be denigrating with this comment, he was on to something, since Neutra meant his work to be light and economical.

Dr. Raymond Richard Neutra, a physician and environmental epidemiologist will trace Wright's influence on Dutch modernists, on his father Richard Neutra, and through his father's erstwhile apprentices, Gregory Ain, Harrell Harris and Raphael Soriano, on California midcentury modern architecture. The lecture is based on Dr Neutra's Kindle book, of the same title, available on Amazon.

This event is for ages 12 and older.
The stairs to the entrance of the Annenberg Theater are located behind the Annenberg Theater Box Office, adjacent to the Palm Springs Art Museum’s North Parking Lot.
There is ample free public parking in the city-owned garage directly across from the museum’s north parking lot.
Handicap parking is available. This event is wheelchair accessible.
The organizer of this event is Modernism Week.