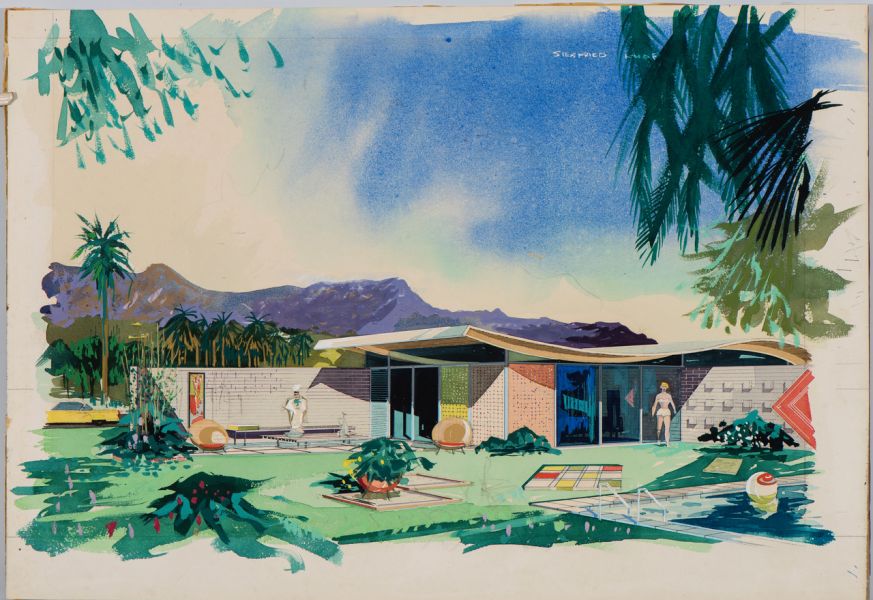 Modernism Week 2020
Welcome, Walter White fans, to the expertly restored Miles Bates “Wave” House, known for its curving roof and the first Palm Desert Landmark to be listed on the National Register of Historic Places. $30 (30 min) 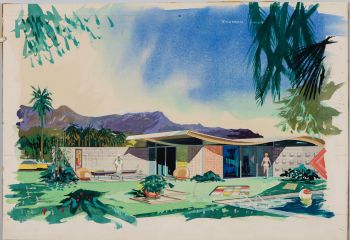 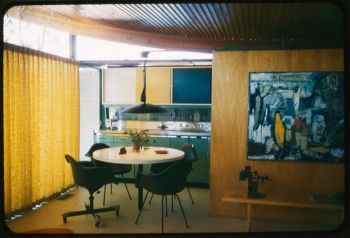 The Miles Bates House—known as the Wave House for its curving roof that mimics the San Jacinto mountains behind it—is being opened publicly for the first time since its remarkable restoration. Designed in 1955, it was one of more than forty houses in and around Palm Desert designed by local-born Walter S. White, an architect and inventor who had worked for Rudolph Schindler, Albert Frey, as well as Douglas Aircraft. While many of White’s works have been lost, his designs and inventive construction techniques, such as the roller-coaster roof here, were influential to the later development of a mid-century modern architecture adapted for the harsh environment of the Coachella Valley. In 2018 this home became the first Palm Desert Landmark to be listed on the National Register of Historic Places. Purchased that spring by Stayner Architects, a family-run architecture and development firm based in Los Angeles, the Wave House has been lovingly and meticulously restored to Walter White's original designs.