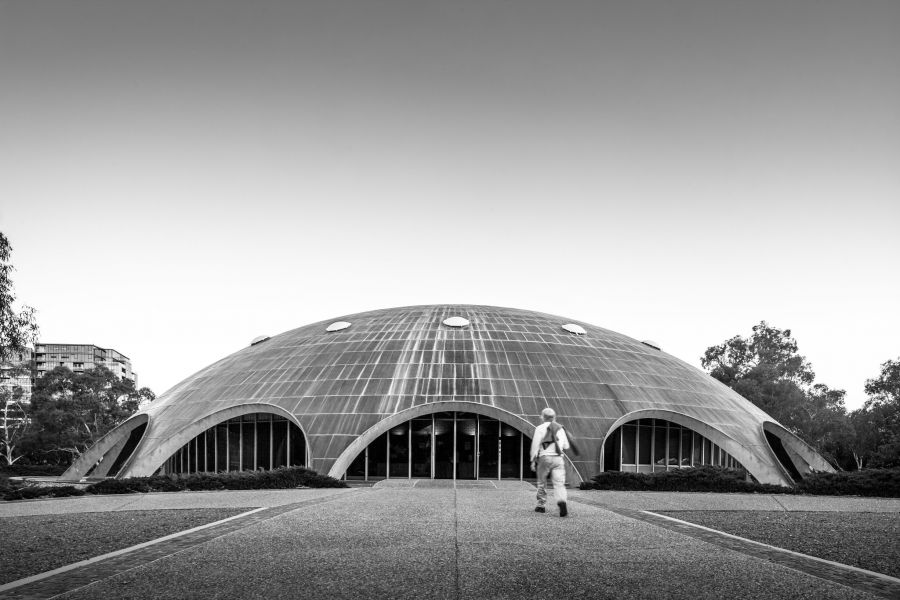 Modernism Week 2020
A presentation by Rachel Jackson of Canberra Modern on the development of this modern city, Australia’s national capital. $12 (1 hr) 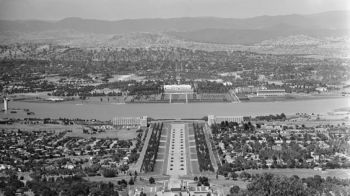 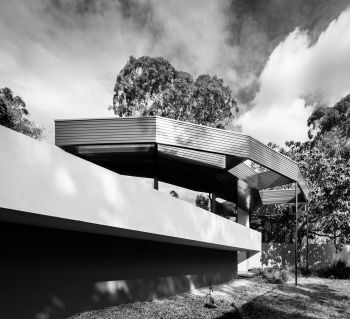 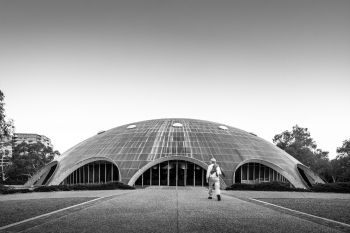 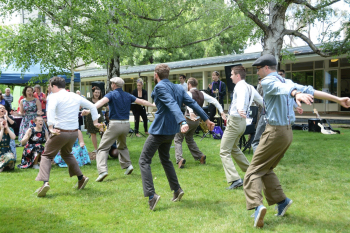 Canberra, Australia’s national capital, is a designed city in the landscape, a special case that is the embodiment of ambitious democratic and modern ideals and one of the world’s great twentieth century planned cities.

In 1912, Walter Burley Griffin and Marion Mahony Griffin, American landscape architects, who worked with Frank Lloyd Wright, won an international design competition for Canberra. Griffin’s ‘City Beautiful’ vision was for a completely new, and ‘modern’ type of Australian city, where buildings, roads, gardens and the natural environment worked together.

Architects and landscape architects of the time were engaged by the NCDC and they used the city as a laboratory.  Much like Palm Springs, it was an empty canvas and Canberra became the place where these professionals experimented. Many of these designers are now considered pioneers of the modern movement in Australia and their modernist contribution to Canberra’s urban environment, built on the Griffin’s ‘City Beautiful’ vision, influences the way we live today; the city has an extraordinary quality, like nowhere elsewhere in Australia.

Canberra Modern is an annual program of events showcasing and celebrating the modernist spirit of Australia’s capital. Canberra Modern aims to promote the protection and appreciation of the midcentury modern places that make an irreplaceable contribution to Canberra’s historic urban and designed cultural landscape.  Presenter Rachel Jackson is one of three creative directors and co-founders of Canberra Modern.