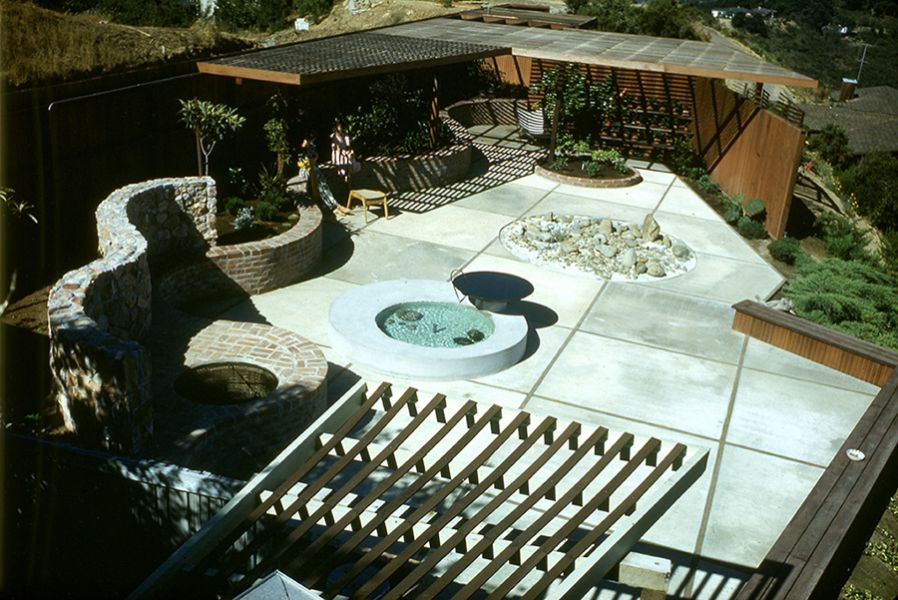 The American Garden at Midcentury 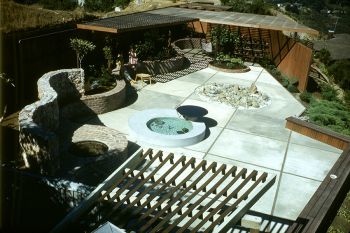 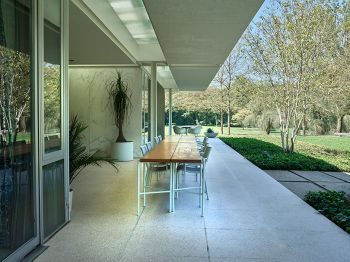 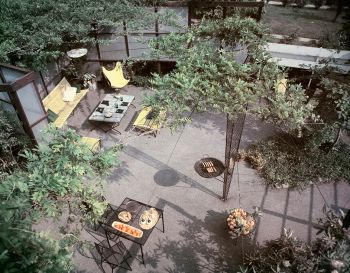 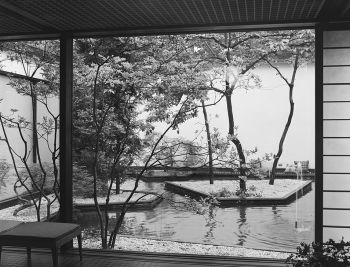 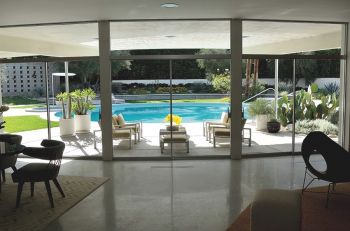 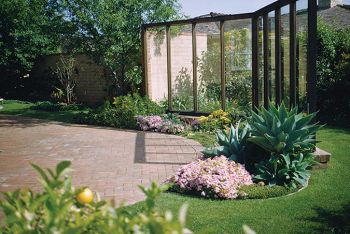 In the 1930s, American landscape architects began experimenting with designs that would give their clients easy access to outdoor spaces where they could relax and socialize informally.  In place of the labor-intensive flower borders and grand vistas that characterized earlier residential gardens, the new modernist designs featured compact, architecturally defined spaces, bold plantings, versatile building materials (such as concrete and aluminum), and casual furniture. Frequently enlivened by assertive angles and biomorphic forms, the gardens typically took their architectural cues from the house. Especially in California, they served as extensions of interior spaces.

Thomas Church was one of the first American landscape architects to begin experimenting with modernist forms in the garden. His 1935 design for Jerd Sullivan in San Francisco broke new ground with its abstract forms and influenced a younger generation of designers, including Robert Royston and Lawrence Halprin, both of whom began their careers in Church's firm. Among the most famous of these midcentury creations is the 1948 Donnell garden in Sonoma, with its kidney-shaped swimming pool, designed in part by Halprin when he was still in Church's office. Other important midcentury designers whose work will be covered are Ruth Shellhorn, Garrett Eckbo, James Rose, A. E. Bye, and Dan Kiley, whose c. 1956 design for J. Irwin and Xenia Miller in Columbus, Indiana, is an icon of the modernist period. A selection of gardens by lesser known designers will also be discussed.

Jonathan D. Lippincott is associate director of Library of American Landscape History, the leading publisher of books that advance the study of American landscape design. He is the author of two books on modern American artwork, most recently Robert Murray: Sculpture.